Unease pervades nearly every dusky image in this brooding, slow-burn drama from Sean Durkin, writer/director of the also great Martha Marcy May Marlene (2011). Set predominantly in the countryside of 1980s England, it’s the story of a marriage as it begins to unravel, and it plays like a Gothic thriller, with hints of menace materializing out of the omnipresent shadows, Kubrickian zooms, and empty spaces of the secluded Victorian mansion that serves as the primary location.

“I think we need to move,” says Rory (Jude Law) to his wife Alison (Carrie Coon) as the film begins. Rory is an eager, possibly struggling businessman, and while opportunities have dried up stateside, he explains, deals are waiting to be made in London. Alison is reluctant—they have already moved multiple times in recent years—but concedes after Rory insists that they’re doing fine financially and that the move will grant them another fresh start. Along with their teenage daughter and a younger son, they relocate to a centuries-old mansion outside of London, one that’s many times too big (and expensive) for the family, but that Rory is wildly confident is the right place for them.

Durkin has a masterful grip on the film’s tone, which is one of inexorably lurking dread. As he follows both Rory’s overzealous, increasingly desperate efforts at work and Alison’s time at home, much of which she spends with a dearly loved horse that also made the trip over from the states, Durkin composes static, murkily lit shots imbued with foreboding (cinematographer Mátyás Erdély does incredibly fine work). As Alison gradually learns of Rory’s dishonesty about their financial footing, the relationship begins to roil with tension, with flares surfacing both privately and publicly.

Jude Law and Carrie Coon both turn in tremendous performances, and they are especially great once disdain and distrust have started to creep into Rory and Alison’s marriage. Law successfully taps into Rory’s blind ambition and denial regarding his professional woes, and Coon is downright thrilling to watch as Alison spirals into exasperation. They grow colder and crueler towards each other as the movie unfolds, and their spite is both unsettling and devilishly fun.

A cautionary tale about conflating domestic bliss with professional and financial success, the film mostly avoids obvious moralizing. Durkin plants a variety of red herrings that suggest the film might suddenly veer off into the territory of the supernatural, and they’re effective as ruses that briefly steer you off the scent of his principal idea. The conclusion he reaches is a worthwhile one, and the filmmaking that leads us to it is exceptional. 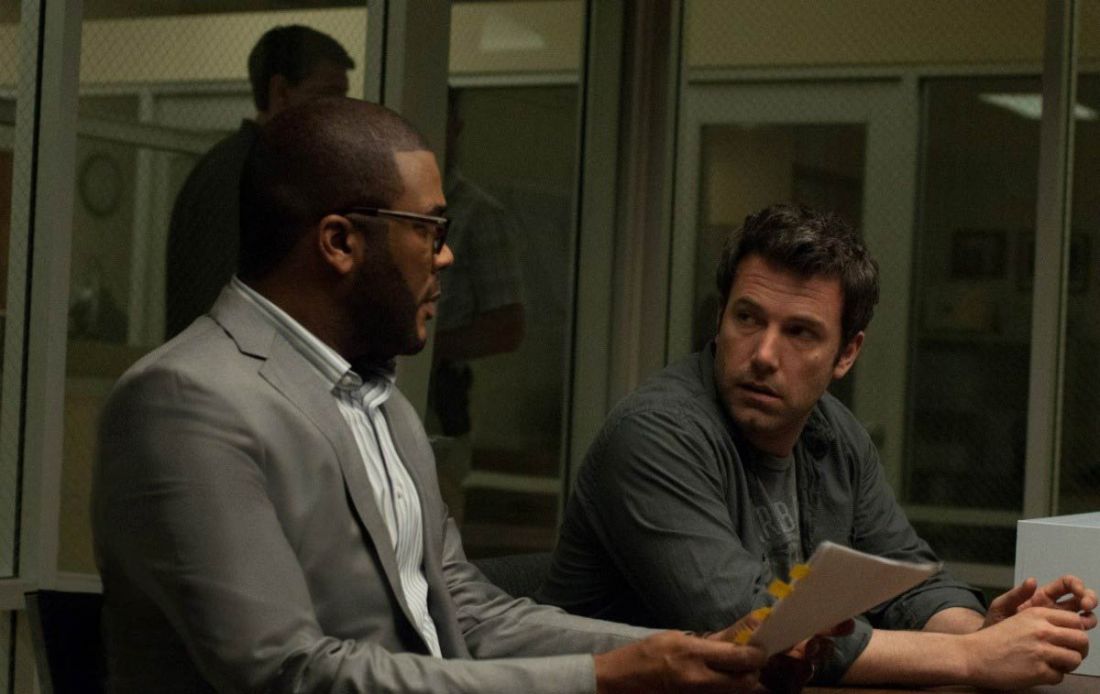 “I have a philosophy about the two extremes of filmmaking. The first is the “Kubrick way,” where you’re at the end of an alley in which four guys are kicking the shit out of a wino. Hopefully, the audience members will know that such a scenario is morally wrong, even though it’s not presented as if the viewer is the one being beaten up; it’s more as if you’re witnessing an event. Inversely, there’s the “Spielberg way,” where you’re dropped into the middle of the action and you’re going to live the experience vicariously – not only through what’s happening, but through the emotional flow of what people are saying. It’s a much more involved style. I find myself attracted to both styles at different times, but mostly I’m interested in just presenting something and letting people decide for themselves what they want to look at.”

On Episode 69 of the Podcast Drink in the Movies brings you a new extended format called “Rescreening”, in which we take a closer look at one single film. An intro to this format is provided fairly early on in the episode for those curious about what this entails. On this first Rescreening Episode Michael and Taylor cover David Fincher’s Gone Girl. We also do an abbreviated version of First Impressions for our next Rescreening title which will be Steven Soderbergh’s Erin Brockovich. Put down a coaster, put your feet up, and join us.

Gone Girl is currently available to rent from multiple sources.