There is a simple beauty to the premise of Old, M. Night Shyamalan’s latest feature. A seemingly idyllic family goes to a seemingly idyllic beachside. Of course, the families and the beachside are not quite idyllic as the surface suggests. For those on the beachside, they find themselves rapidly aging – a single lifetime can span 24 hours. It’s a simple metaphor and an existential terror we all face – one that can be gleaned from the trailer itself. Life passes by in an instant. Shyamalan wrings that existential vein of terror with all his earnest verve and virtuosity to make his best movie since Signs.

Old, loosely based on the graphic novel Sandcastle by Oscar Lévy and Frederik Peeters, centers on Guy (Gael Garcia Bernal) and Prisca (Vicky Krieps) and their two precocious children, 6-year-old Trent (Nolan River) and 11-year-old Maddox (Alexa Swinton). Guy and Prisca are on course to separate but decided to give their family one final vacation in an unidentified island resort. They soon find themselves on a private beach alongside one other family, the vain Chrystal (Abbey Lee) and her even more vain husband Charles (Rufus Sewell), their six-old daughter Kara (Kyle Bailey), and Charles’ aging mother, Agnes (Kathleen Chalfant), a couple, Jarin (Ken Leung) and Patricia (Nikki Amuka-Bird), and a mysterious rapper Mid-Sized Sedan (Aaron Pierre) who had been on the beach tending to his bloody nose when everyone arrived.

From there, a pleasant and serene beach day slowly escalates as everyone discovers that they are rapidly aging. Shyamalan and his director of photography, Mike Gioluakis, expertly utilize the Dominican Republic beach location. The sand, stuck between high rocks and the wide-ranging blue ocean, creates a claustrophobic atmosphere heightened by the camera’s lateral movements across the beach. Characters, in the tensest moments, are often shot in close-ups, with the wide lenses allowing for large amounts of negative space. There is no escaping the situation.

Within these tense spaces, Shyamalan allows his actors to give soulful performances that are no easy feat. Krieps and Bernal convincingly navigate their rapidly aging bodies, personalities, and minds. Shyamalan does the smart move of only relying on subtle hints of aging – extra wrinkles, liver spots, a touch of grey. All the while, the children, Trent, Maddox, and Kara, age into older performers Alex Wolff, Thomasin McKenzie, and Eliza Scanlan respectively. In another clever move, Shyamalan shoots these transitions between the young actors to their older counterparts slightly off center.

If anything, Shyamalan as a storyteller has always been underappreciated. Like all great thrillers, the film is filled with set up and pay off from the get-go. The screenplay is efficient and clear in setting up it’s rules and the core stakes of its ludicrous concept.

Ultimately, it is Shyamalan’s earnestness and utter conviction in his film’s silliness – traits that have made him an easy target for cynical film fans – that allows the film to thrive as much as it does. But what that means is that Shyamalan can navigate the schlocky horror that is expected from this premise as well as the natural human emotions that would be derived from such a scenario. This may cause whiplash for some, but it mostly works – though I admit that the schlock may be a bit uneven at times. The ending might be the only cynical thing about the movie and, not because of the classic Shyamalan “twist,” but because it is the only time the film feels like it is following a studio note and not Shyamalan’s own story instincts.

The recent reappraisal of Shyamalan’s career has been heartening. After years of being an irony-laden punchline, an idiosyncratic original filmmaker like Shyamalan should be cherished in this movie landscape inundated with IP. Old is a worthy reminder to all the doubters that he is indeed one of the best suspense directors working today. 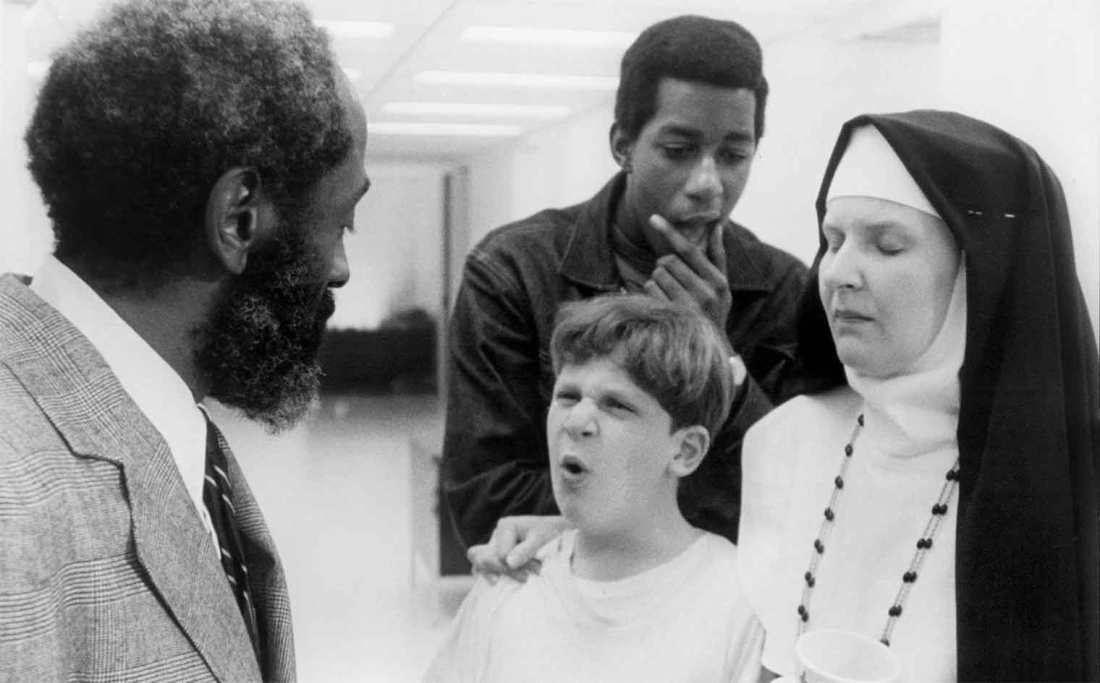 “Even with the lowest budget in the world, you better get some names in there; that calms people down. Then be sure your leading character is in a hurry.”

This week on Drink in the Movies Michael & Taylor discuss their First Impressions of a duo of Dev Patel led films in The Green Knight & The Personal History of David Copperfield. Followed by a discussion of the Titles: Bad Education, Ema, and Putney Swope.