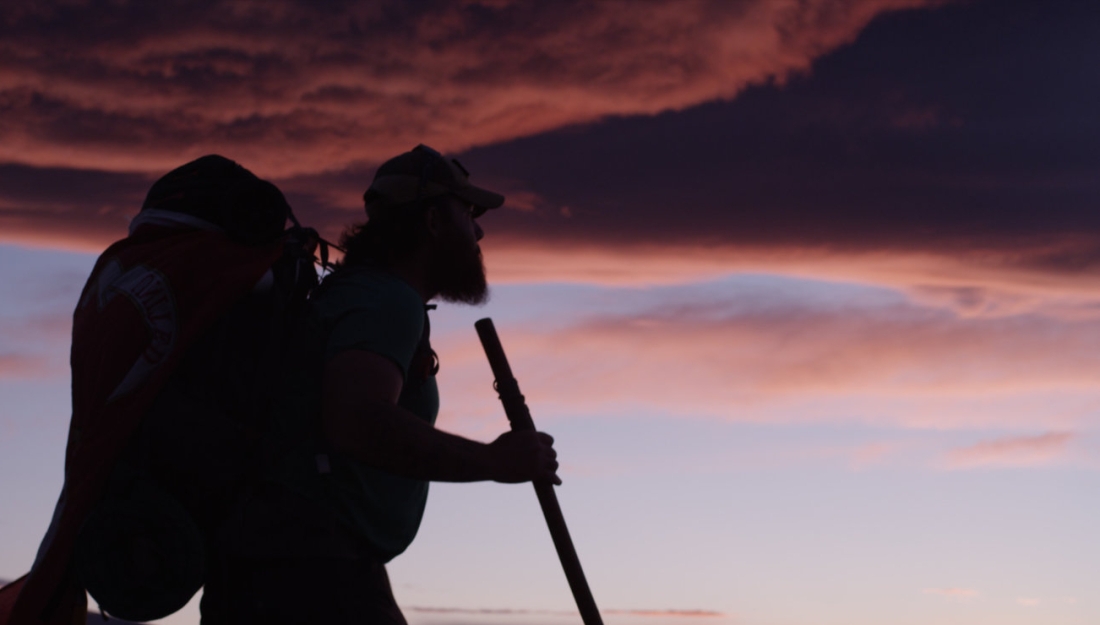 While Bastards’ Road lacks a formal dazzle, it’s footage seems to contain the marrow of America. Jonathan Hancock walks 5,800 miles around the United States as a way of coping with his feelings after the experiences of his deployment in Ramadi. His unit the 2nd Battalion 4th Marines, are equally challenged by their experiences overseas. Jonathan ventures on foot, from one Marine’s home, to another. Across state lines, and through challenging weather conditions. There is footage of him singing Taylor Swift’s ‘Shake It Off’ before recounting a story of meeting a family of skunks, as well as him looking directly into his phone camera explaining how he happened on a handgun and doesn’t want to touch it since he’s essentially a transient.

The footage consists largely of standard shots, a man walking down a road, an interview subject sitting in their home recounting a story, and lot’s of cellphone footage wherein Jonathan is recording a sort of diary shot vertically. There’s also a collection of landscape shots that could be directly lifted off the Discovery Channel or History Channel. I often thought the footage reminded me of American Pickers. The beauty of the film is it’s story, and like the men it’s about it’s not particularly sleek or new. It’s sturdy, reliable, and enough to complete the job. Watching Jonathan cry with Caleb Power’s family over his pickup truck, or watching him try to spend time with one of his friends’ young daughters is equally affecting.

Bastards’ Road comes out on May 11th and will be available to rent or purchase on most major platforms.