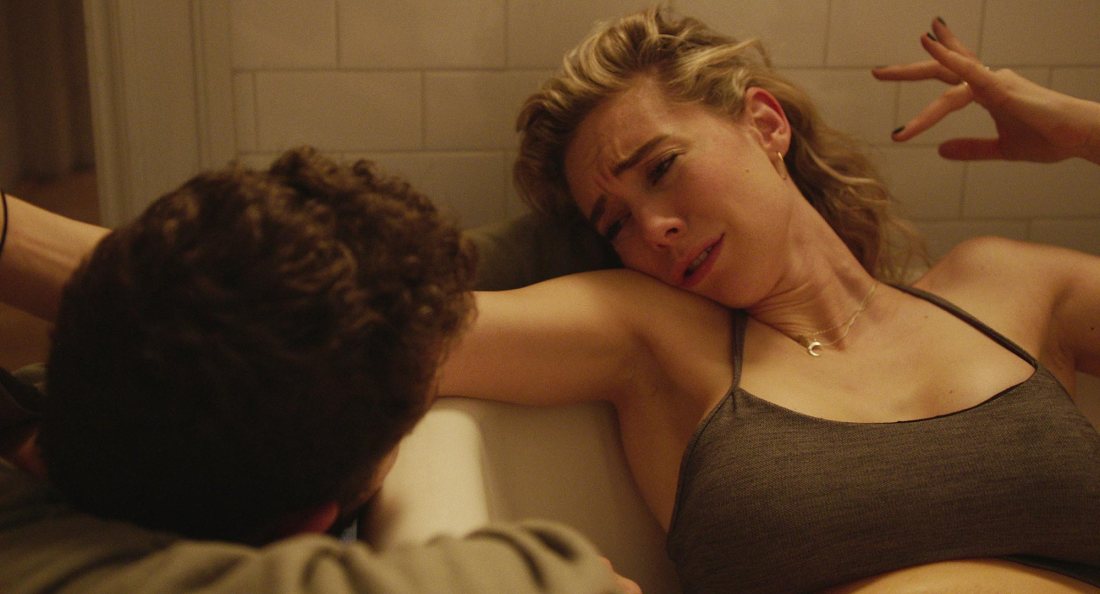 Kornél Mundruczô’s Pieces of a Woman starts out with one of the most beautiful (to look) at sequences of film in the last year. But between issues with lighting continuity, general continuity, off center cinematography, and a story that is both too broad and too narrow. There are unfortunately a large amount of areas where the film stumbles. Which is exacerbated by the early heights of its first quarter. The central recurring problem for me is the entirely useless recurring day and month title cards throughout the film. Those specific dates offer nothing important or engaging to the viewer. A month card while unnecessary would have been just as effective without any confusion of tracking dates for significance.

There are strong performances from most the actors involved. Benjamin Loeb’s handheld cinematography is sharp while the camera is moving, and Gemma Hoff and Joan Parris do a great job with make-up. Whoever was responsible for the prosthetic stomach in those first 30 minutes also deserves an abundance of credit. We see a brief a return for Jimmie Fails to feature film for the first time since The Last Black Man in San Francisco which brought immense delight to this writer.

Ultimately the film loses its through line and suffers by removing the perpetually problematic uber talent that is Shia LaBeouf from it’s ending. Whether it was a post-hoc or narrative decision its clear from this end of the film that the decision was a poor one. It is his flawed character Sean that brings out the well of emotion for Kirby’s Martha. Allowing her squints and ringed fingers dancing with chipped polish to elicit emotionality where otherwise none might be. All these issues are punctuated by an entirely absurd 7 minutes of credits, that once again provide more continuity questions than answers due to the size of the apple trees.

Pieces of a Woman Trailer

Pieces of a Woman is available to stream on Netflix