“I believe that as much as you influence your film, the film also influences you. You think you are in control but then things happen that you didn’t anticipate. That’s cinema, and you need to be open and listen to your film.” 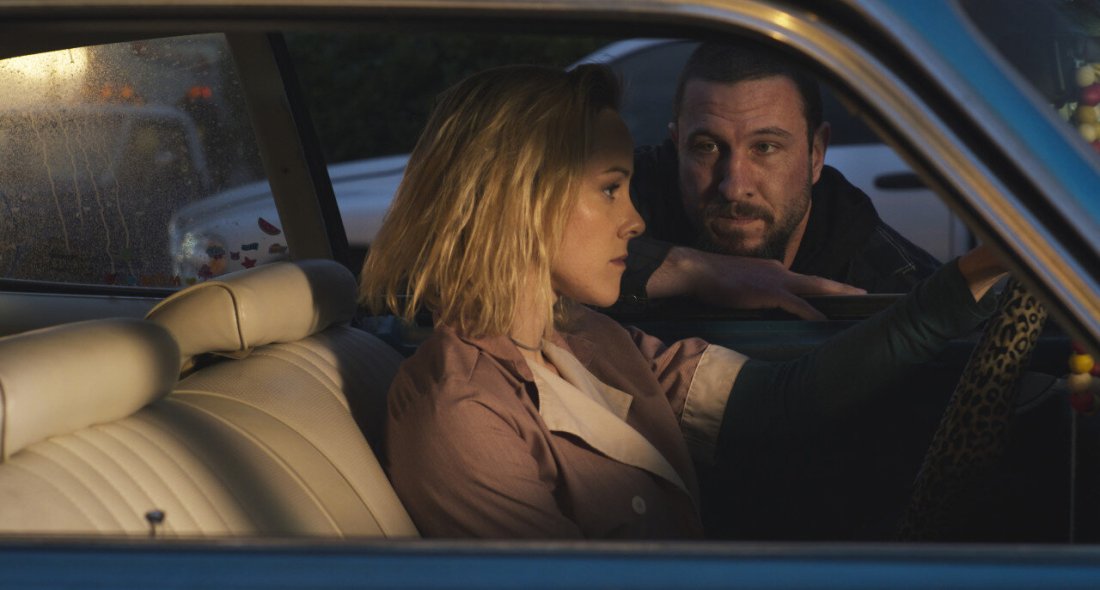 Fog, it distorts the view, while also signaling weather that has and will come. Whether it is while you are driving one morning, or your welcome back to the world after spending 15 years in prison. Such is the case for Wayland, played to perfection by Pablo Schreiber. He spent that much time because he did not snitch on the rest of his biker gang, and was rewarded with a warm welcome home. In the opening shot, composed of said concrete and fog, where Pablo Schreiber’s Wayland gets out of prison after 15 years for not ratting on his biker gang brothers and sisters, then reunites with his old high school sweetheart, Jena Malone’s Lola. From this point it is clear there is something to behold within Sabrina Doyle’s Lorelei. The overall simple look to the film allows the performances to command the screen throughout

The standout of the film is Pablo Schreiber. I have seen him before in roles, but he has never given such a committed, heartbreaking performance. Fully embodying the role of a man who has been torn down to a shred, and then thrust back into society. Bringing a fish out of water aspect to the film since he has been out of society for over 15 years. However, trying to immediately jump back into the life he had before with his biker gang is proven to be fruitless but did make me remember times where I wanted to go back to a certain time, but could not. Jena Malone does a good job, but does not give nearly as good a performance as Schreiber. Which might be unfair to compare given that Schreiber is on a whole other level, but nonetheless it is the nature of criticism to compare performances.

Sabrina Doyle’s film is one that is full of emotion and life, but does stumble towards the middle. I felt like the middle 30 minutes could have been cut, and made the film quicker in pace. However in that time there are some serious character building moments, but is still frustrating when the unimportant moments are not taking place. I still really enjoyed this film, and hope and pray that Pablo Schrieber will garner some awards buzz come that time. His performance is one of the best of the year and will one that I will soon not forget.

Lorelei is currently available to rent and purchase on major VOD platforms and is streaming on Hoopla.